Although I primarily went to the Housing Conference to listen to the issues and meet with contacts in the wider housing market, I was buoyed to see a good MMC presence.

Tony Woods and Tim Oakley, both from the LHC, have a wealth of experience of integrating these offsite solutions into their portfolio.  Tony illustrated MMC, offsite, modular, call it what you wish, is not a new concept (and should not be associated with the post-war prefab market!)  Condensing his points:

- LHC delivered 300,000 houses as far back as 1966 when the Industry Housing report was produced.  A lot of lessons were learnt

- In part the stigma still associated with this technology can be attributed to the 1980 World in Action documentary on timber frame houses.  The industry dropped from 8% of homes produced to just 4% in a year

- The Amphion report of 2001 attempted to drive a consortium of 30 providers to speed up affordable housing.  It failed

- In 2014, after the Buildoffsite "Offsite Housing Review", LHC developed their first framework.  This did not stop KPMG highlighting that in 2014 70% of houses built were attributed to the large builders

- And then of course there was the Farmer Review of 2016

Worthing council has signed up Skanska/IKEA joint venture developer BoKlok UK to build 162 homes. They will be the first IKEA style factory-built homes in the UK, after an earlier scheme in Tyneside hit the skids during the financial crisis. The BoKlok homes will be priced so that home ownership is more accessible for local working families. 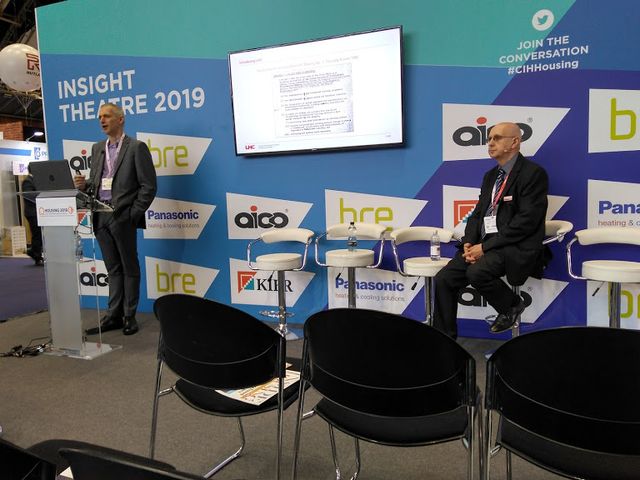 Are you harnessing corporate social responsibility to attract the best people?
Mark Goldsmith

Negotiating - do you focus on securing value for your business or simply driving down cost?
Doug Mackay

How to Address Mental Health in the Workplace
Kieran Wright